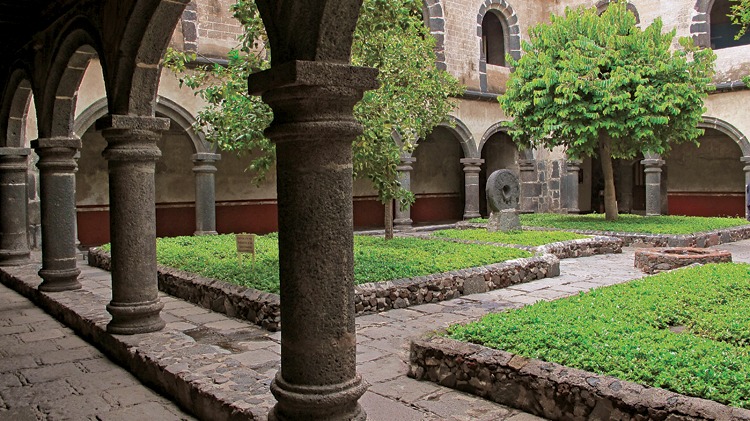 Culhuacán was centered around the San Juan Evangelista Monastery during much of the Colonial Period. In the shadow of the Cerro de Estrella, visits here are often combined with a visit to the mountain and the many sites there. In fact, Culhuacán is likely among the very oldest former city-states within the Valley of Mexico. Populated long before Tenochtitlan, as an altepetl, that is, a city-state, the city was possibly founded as early as 600 CE although it was likely to have had at least some residents even earlier.

For some people, Iztapalapa can even today trace its individual spirit and identity from this very town on the shores of the ancient lake. It’s also likely among the first communities to be using the chinampa system of human-made islands and agriculture for which Xochimilico and Tlahuac are still known today.

According to some legends, the Mexica joined with existing family groups already in Culhuacán upon their arrival in the Valley of Mexico. As the Mexica were not particularly welcome in the valley, many of them were forced to work here as servants, during the earliest years of the Tenochtitlan.

A leader of Culhuacán named Cóxcox went to the Mexica for help when his people had a conflict with the Xochimilcas. Ten Mexica went on the attack and took 30 prisoners. Their reputation as warriors was then greatly improved and the daughter of Cóxcox was awarded to one of them. The warriors, however, killed her to honor a nature goddess named Toci (likely an aspect of the mother goddess Coatlicue). In this legend, they were then in flight from Cóxcox, when they arrived on the island to the north and founded Tenochtitlan in 1325.

The former Augustinian monastery, today a museum, dates from 1607. It’s one of the few colonial-era sites that’s well preserved in this part of the city. The delicate murals on the site are the highlight of the collection from this historical period. But the site museum also maintains a fascinating collection from the excavations of the ceremonial centers in the area.

In fact, the site of the monastery was chosen precisely because the city had been influential more a long time before.

Exhibitions include photos from the restoration of this site and some others in the area. The monastery was actually abandoned in the late 18th century and was not restored until recently. The site also functions as a community center offering classes and workshops to area residents.

Also on the grounds are two cemeteries and extensive historical gardens.

The monastery is just north of the Culhuacan Metro station and the local market.