The Museo Casa Estudio is one of the best places for an in depth look at Diego Rivera and Frida Kahlo. More than a mere house or studio, it’s a unique architectural work dedicated to the memory of the muralist and his larger-than life wife. It’s also an in depth look at their artistic generation.

Already bigger than life, the architect Juan O’Gorman made it one of the first “functionalist” buildings in Latin America. The project included a house for Rivera, another for Frida Kahlo, and separate studios for the two of them.

Each is a block of smooth concrete, one red and white the other blue. Independent buildings, they’re joined only by a small bridge on the upper floor.

The museum – in the San Ángel neighborhood – is now made up of three buildings: the two houses-studios and a photographic laboratory also designed by O’Gorman . Construction began in 1931 and concluded the following year.

The museum opened only in 1986. The twin houses were restored in 1995. Today, the site is considered the most important existing example of functionalist architecture in the country. 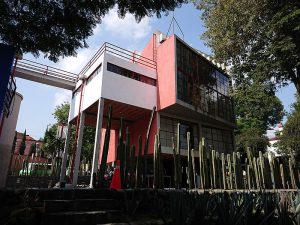 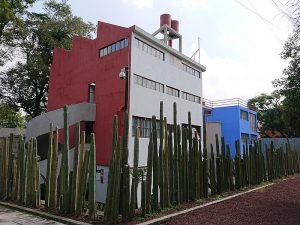 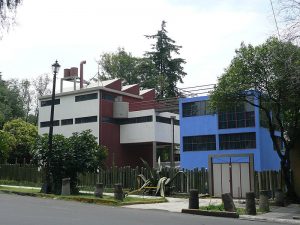 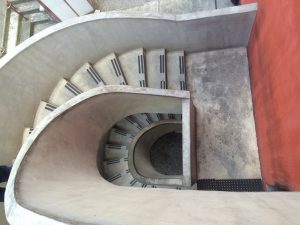 While the museum displays some works by each artist, it also contains important works of folk art, furnishings, and of course, the stunning works of architectural interiors, lighting, and natural illumination. The gardens and terraces also offer striking examples of what were, at the time, innovative concepts in the use of indigenous plants and stone.

During a 2012 restoration, a team from the Center for Conservation noticed signs of something on a dining room wall. Specialists, confirmed the existence of a fresco that had been earlier removed. Now part of the the collection of the National Bank of Mexico, it’s displayed in a photographic reproduction beneath its original location.

But these are only the bare beginnings of what one gains from a visit to the Museo Casa Estudio. What were no doubt inspired lives, and those touched by some of the greatest architectural thinking of the time, are on full, and sometimes heartbreaking display.

One of Mexico City's most important medical facilities....

70 years of often brilliantly evident experience add up to a 20th century you're going to remember.

Initially intended as but one part of a City of the Arts, today's Anahuacalli Museum is a far more contemporary space than you might imagine.

One of Mexico City's proudest, most enormous parts of history, the Palacio dominates the entire east of the Zocalo.