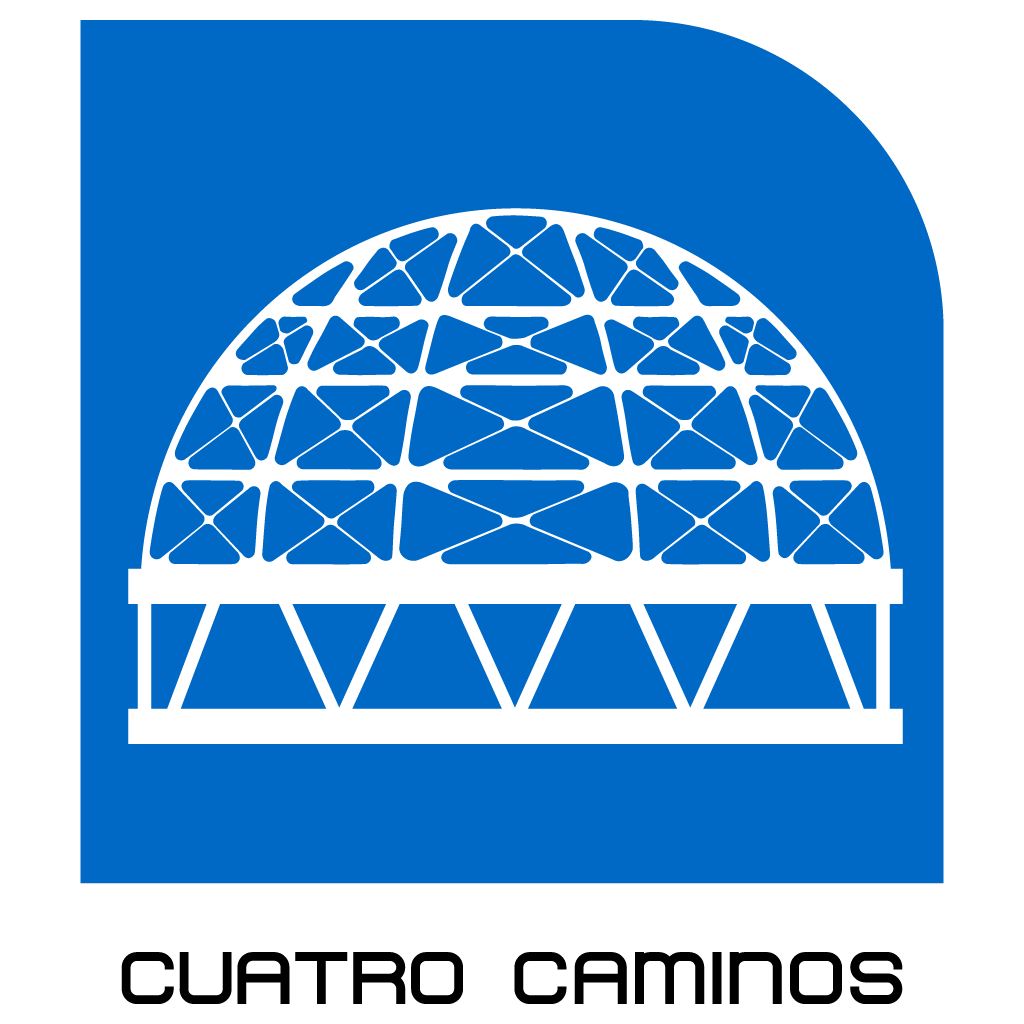 Metro Cuatro Caminos is an important station in Mexico City’s northwest. It’s the terminal station on Line 2. Passengers especially use the station to arrive at Naucalpan de Juárez, Tlalnepantla, Atizipán de Zaragoza, Cuautitlán, and Cuautitlán Izcalli, and other points beyond the city limits. Service to the station has operated only since 1984. Prior to that the Line 2 Terminal had been at Metro Tacuba.

The terminal station on Line 2 of the Metro occupies a site where the bullfights were held for more than 100 years, from 1894 until 1996. As bullfighting waned as an entertainment spectacle, the arena was increasingly used for other spectacles. The final fight of “El Santo” took place here in 1982. The site was then used for concerts and movies in its final years.

In 2014, Metro Cuatro Caminos was the second busiest station in the system, after only Indios Verdes, with about 106,000 passengers moving through every day! Many of them are traveling from the northwest suburbs on to the rest of Mexico City, and many of them will return home each evening.

One of Mexico City's oldest cemeteries and an old church too.

One of Mexico City's delightfully sunken shopping centers is a sight to behold.