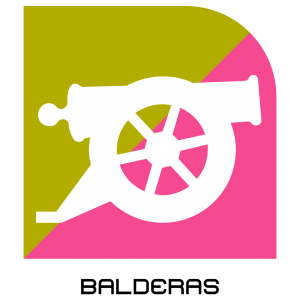 Metro Balderas is one of those great Mexico City transfer stations, this time between Lines 1 and 3. It’s almost an un-sung hero in the lives of tens of thousands of Mexico City residents. It’s been that busy since it opened in 1969. Especially true for those coming into the city on Line 1, from the east of the city, it’s a big part of life here.

Perhaps it’s better to say it would be un-sung, but for the anthemic song, Metro Balderas, widely covered, sung and re-sung since Rockdrigo González released it in 1984. He’s even remembered in the station with a statue. Somehow the song seems to perfectly reflect the mix of hope and hopelessness involved in any grudging regular daily commute. González died just a year after the song’s release in the 1985 earthquakes.

Compact for its daily rider numbers, it’s named for the avenue that ends here, coming south from Avenida Juarez. Avenida Balderas was named for a Colonel killed in the Battle of Molino del Rey in 1847. Lucas Balderas’s avenue would grow to be one of the city’s most important throughways until well into the 20th century.

The station logo, though, recalls the cannon today preserved in the Garden of the Ciudadela Plaza, just to the north of La Ciudadela itself. The cannon is a reference to the Ten Tragic Days of 1913, when president Francisco I. Madero lost his hold on the country. Assassinated soon after, his death ushered in some of the most difficult fighting of the Mexican Revolution.

Metro Balderas commemorates all of the above. And it provides good  access to many of these places. The nearby Ciudadela Artisan Market is a must-visit place for any international visitors. Parts of the station, especially the southwest corner were famously designed by Felix Candela. He’s better known for his work on Metros stations La Merced, Candelaria, and San Lázaro, also on Line 1.