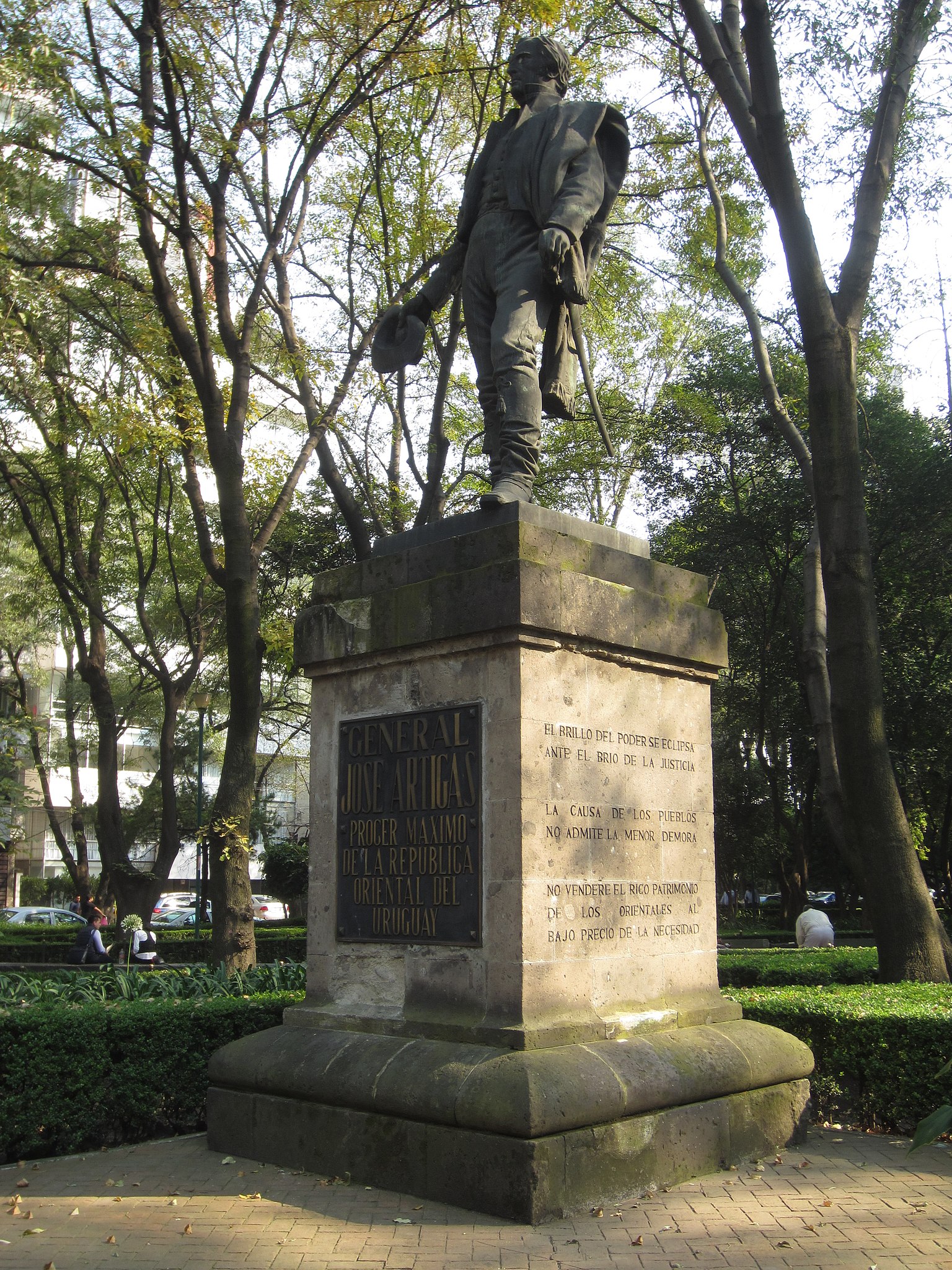 The Plaza Uruguay is a popular park in Polanco. It’s arguably most well-known for a Brutalist fountain in the center. It’s also well-known for the monument to Urugayan independence leader General José Gervasio Artigas. The statue stands facing the Avenida Horacio just to the north. Together, the plaza and the avenue set quite the tone for the entire area.

The monument is the work of Armando Gonzalez, who created several portrait monuments to Artigas. The plaza itself commemorates the Uruguayan expat community who took refuge in Mexico during the 1970s military junta. The park though, dates from 1930 when the neighborhood was still being delineated. The “civic military dictatorship” in Uruguay lasted from 1973 until 1985. At 1976 US Congressional hearings, it was stated that one in five Uruguayans were in exile at that time. This plaza was, for many of those years, a badly needed symbol of their unity.

Visible even from the avenue to the north, the fountain at the middle of the Plaza Uruguay has reassured passing Polanquenses for generations. It’s not a major plaza, nor a major fountain. But then, how often do we speak of Brutalism being reassuring?

A triangle of leafy green in Pensil Deportivo...

A coveted patch of green in busy Verónica Anzures...

The old Salesian park in the barrio Santa Julia, Anáhuac