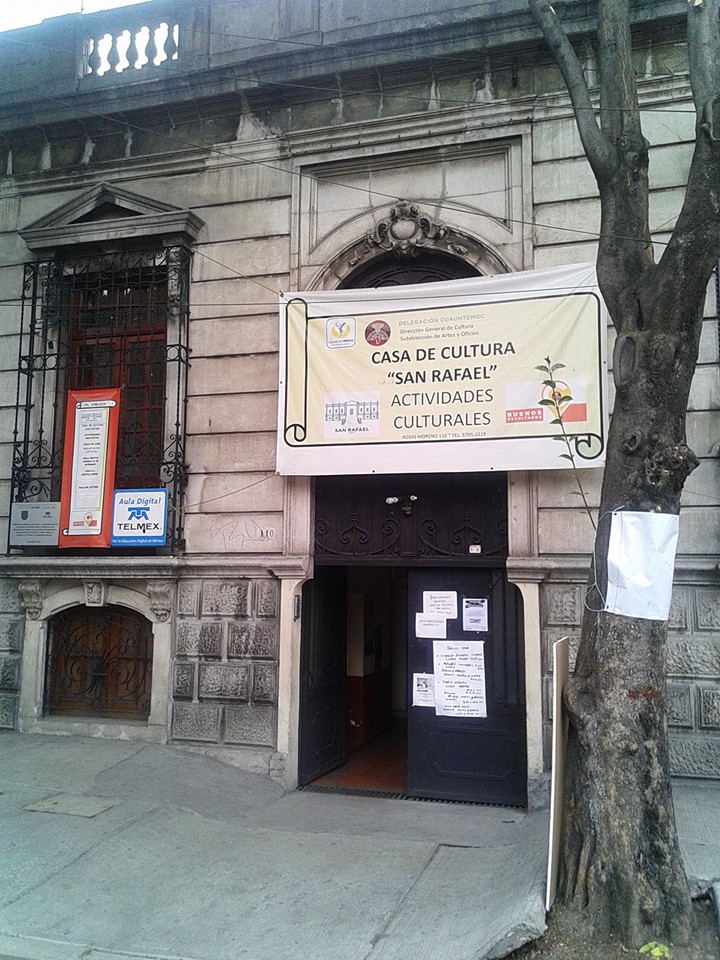 Originally the home of the prominent Villanueva family, the Casa de Cultura San Rafael was later abandoned and stood empty for many years. The building was taken over by the city in 1989 and later converted to the House of Culture for the San Rafael neighborhood in 1991. Since then it’s been hosting classes and workshops in human development, dance, knitting, music and more.

For the San Rafael neighborhood and surrounding communities, it’s been a center of activity ever since.