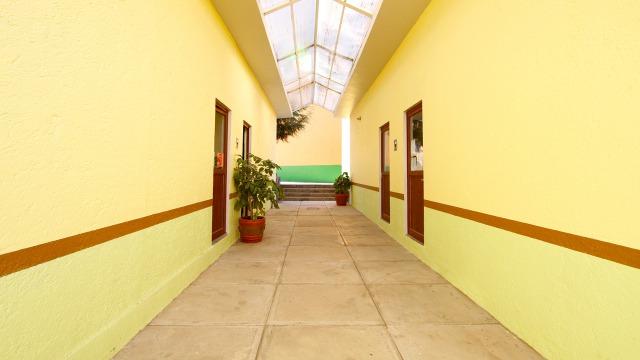 Construction began on the Casa de Cultura Atocpan property in 1996. By 1999 it was a fully functioning House of Culture. Workshops are generally geared toward the local community. Participants learn visual arts, sewing and artisan crafts, dance, music, martial arts, health & nutrition, plus there are alternative and educational workshops, including those for English, French, and Nahuatl.

The grounds of the building also frequently play host to traveling and local performers, musicians, bands, and orchestras.

With a particular emphasis on knowing and understanding the past, the Casa de Cultura Atocpan is an important part of the future of the community. Visitors will also want to visit the San Martín Chapel and the center of town, the Plaza San Martín. Like so many of the pueblitos in and around Mexico City, that’s where you’ll have a coffee and a sit-down. Nearby, the San Pedro Apóstol Monastery & Church is as as old as almost anything in Atocpan.

The Lord of Mercies Shrine which, while much newer, has the widely venerated Black Christ figure, more than 400 years old. As this newer church was built on a hill, enviable views of the entire valley are available from here.

The parish church of Tulyehualco, Xochimilco...

Among the oldest points in the south of Mexico City...

The parish church of Tulyehualco, Xochimilco...

One of the most important of the Chinampa Towns in Mexico City's east...