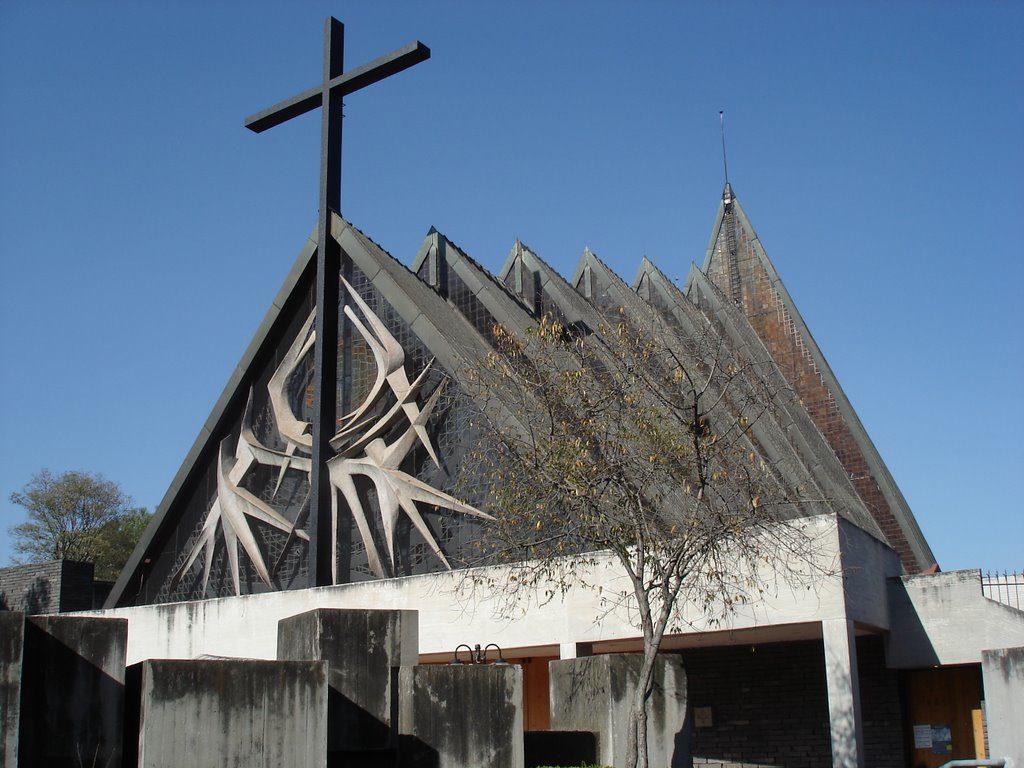 Santa Cruz del Pedregal is one of the more dynamic of the 20th century modernist churches one can see on the Mexico City skyline. Run by the Misioneros del Espíritu Santo (Missionaries of the Holy Spirit), the organization plays an active role in the community life and the life of youth in Jardines de Pedregal.

The Missionaries came about in the years following the Mexican Revolution. Many Catholic interests in the country felt an urge to beat back some of the restrictions which were later to erupt into the Cristero Wars of the 1930s.

In 1914, in the Chapel of the Roses of Tepeyac in Mexico City, the Missionaries was officially founded, literally with the Revolution being fought all around them.

The two founders the group city are first a woman: Concepción Cabrera de Armida (Conchita). She was born in San Luis Potosí in 1862 and the mother of nine children. The groups cites her “surprising levels of mystical experience.” She wrote 66 books and thousands of letters, totaling some 65,000 written pages. She is credited with having inspired the foundation. She died in 1937.

The other founder was a French-born Marist priest named Felix de Jesús Rougier. Having worked in Barcelona, ​​he was later assigned to Colombia, where he remained for six years. Civil war there led him to Mexico in 1902, and he met Conchita in 1903. Ten years of work would lead him to eventually found the organization still at home in Pedregal today.

In addition to the Church of Santa Cruz del Pedregal, the Missionaries also have churches in five other Mexican cities plus the San José del Altillo Church in Coyoacan. Most famously, they also run the curiously French Gothic Templo de San Felipe de Jesús so visible on Avenida Madero in the Centro Histórico.

The building was originally designed by the master architect and theorist José Villagrán García. His initial sketches date from 1956. He’d planned for a pedestrian atrium on the corner. Over time this was converted to a parking lot. Architect Antonio Attolini took up the project again in 1966 and found the metal structure of the roof already in place, so he didn’t modify it in any serious way. Attolini did add color to the walls and added the interior stained glass windows. He also brought the altar closer to those assembled.