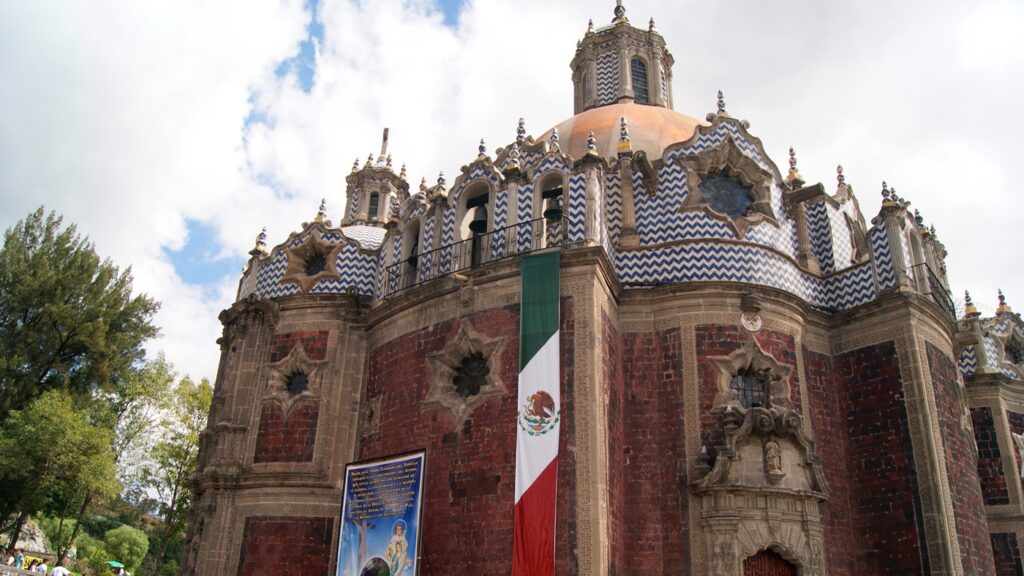 The Chapel of the Little Well

Once one of the most important sites in the Basilica complex, the Pocito Chapel was, sadly, pushed well out of it’s prominent position in the 1950 when the Plaza of the Americas was built. Today, it’s an under-appreciated masterpiece of Baroque architecture.

The chapel was originally but a shelter over a miraculous well. By the mid-18th century, the sulfurous water source was receiving so many penitents, and those seeking cures, that it needed a proper church above. The natural spring at the base of the Tepeyac hill was to be blessed with church that would remain one of the most visited in the complex for better than the next 100 years.

Begun in 1777 by architect Francisco de Guerrero y Torre, it was complete by 1791. It remains the only circular church from the 18th century in all of Mexico. Visitors seem to perceive the space little by little, as if it is only gradually coming out of hiding.

The zigzag decorations on the outsides of the dome, and the multiform lines in the windows, all help to support the sense that it’s an atmosphere suspended and slowed down. The angel symbols painted in the dome are Marian symbols from the Litany of Loreto, the final section of the rosary.

In 1815, José María Morelos was permitted to pray to the Virgin of Guadalupe here. He was later executed in Ecatepec for his role in the Mexican war for independence.

The center of civic life in la GAM...