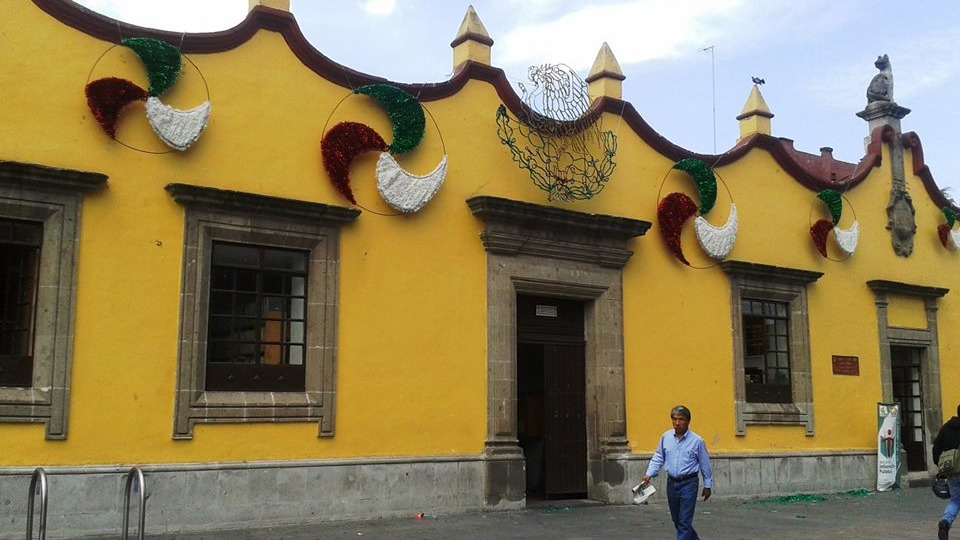 The Casa de Cortés is also known as the Antiguo Palacio del Ayuntamiento de Coyoacán, that is, as the old town hall. The building we see today dates from the 18th century. It was long the administrative headquarters of Coyoacán. It’s long been called the Casa de Cortés because of the early declaration, made by Cortés, of Coyoacán as the seat of the first government of New Spain.

There is no evidence Cortés ever lived here. He likely lived on the property of an ally named Juan de Guzmán Ixtolinque, near the present day church of La Conchita a few blocks to the south.  He did however order the construction of administrative buildings here. These were to house the administration of his domain as marquis of the Valley of Oaxaca, which then included Coyoacán.

According to legend, the building was the site of the interrogation and torture of Tlatoani Cuauhtémoc, but no documentary evidence supports this story, either.  The original buildings of Cortés were replaced after some 200 years, in the 18th century. But his descendants, still holding claim to the land, had built the buildings we see today. By the 1850s, they were converted to host the municipal government as Coyoacán was part of the surrounding state of Mexico at the time. It remained as the local government even after Coyoacán became part of Mexico City in 1928.

Today, the 18th-century building is very well preserved. The coat of arms was granted to Coyoacán by Carlos IV of Spain. The Sala de Cabildos, inside, has an important mural by Aurora Reyes Flores depicting Coyoacán’s early history. The chapel next door has a 1961 mural by Diego Rosales with similar themes.

The Casa de Cortés is fronted today by the Plaza Hidalgo, a park and garden. It’s just one of the many important sites in the Centro de Coyoacán.