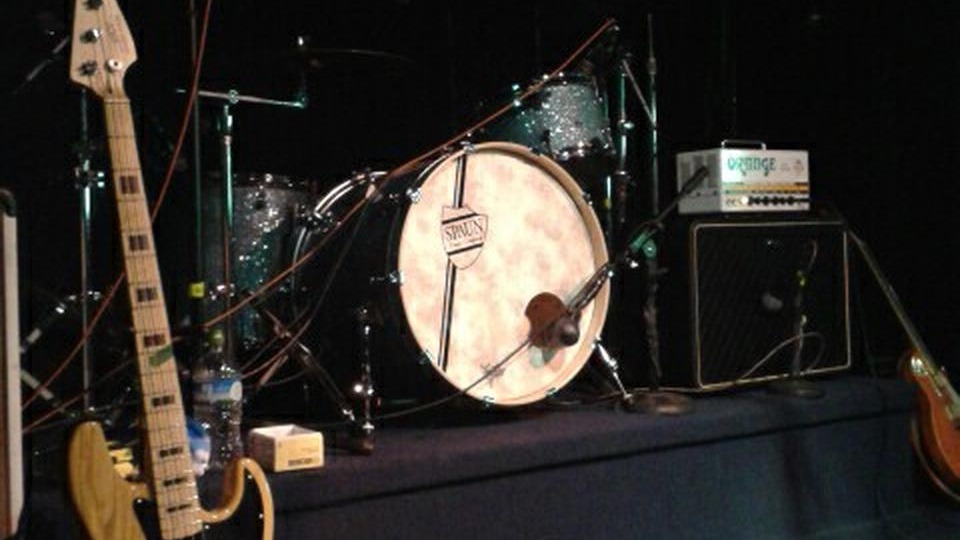 The Multiforo Alicia has been the Mexico City rock club since soon after it opened in 1995. Today, it operates as both a cultural and countercultural forum. To people out for the night, it’s still the international center of underground, and especially rock culture and music. The name is said to have been inspired by Lewis Carroll’s “Alice in Wonderland,” and an Italian independent radio station from the 1960s.

One Ignacio Pineda founded the foro in response to the need for spaces for youth expression and ideas. The club’s especially well-known for billing about four bands per night at a minimum. As a night-spot, the Alicia’s often cited as the alternative source for such movements as ska, surf56 and rockabilly. Not just a concert venue, a second floor space also hosts lectures, poetry readings, and film screenings.

One more thing worth mentioning is the famous concert posters. These are in some huge number the work of Andrés Mario Ramírez Cuevas who also designed the Alicia logo. In more recent years, a number of other designers have contribute poster and flyer designs for the club. Many are now highly sought by collectors.

The Multiforo Alicia is just north of the Jardín Pushkin, and facing the Jardín Dr. Ignacio Chávez across the Avenida Cuauhtémoc. It’s one of the liveliest and most consistent sites across all of these pages, and has been a center for the young, and the not-so-young, for more than 25 years.

A favorite little neighborhood for its long history as an area apart.

A tiny church in one of Mexico City's most enigmatic neighborhoods.

On the outskirts of the City center, however you find it, it's the Metro with a market.