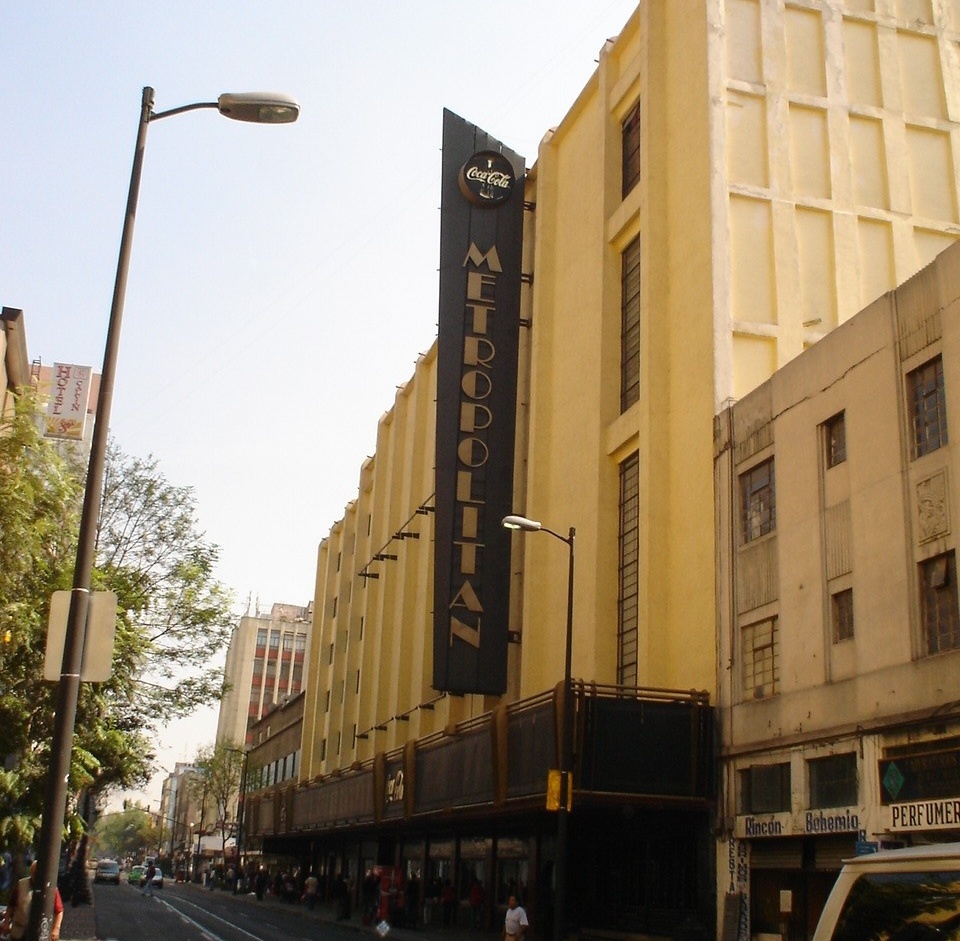 The Teatro Metropólitan is a much loved Art-Deco theater in the City Center. Surviving from the golden-age of Mexican cinema, it’s very nearly the sole-survivor. It’s 3,165 seats will sell out today for all kinds of popular music acts, but it’s also hosted jazz, drama, dance and theater performances of every kind.

It began as the Cine Metropólitan. A 1943 screening of “Les Miserables” was followed by an elegant opening party including then-President, Manuel Avila Camacho. Decades of similar screenings (and parties) followed, and these were attended by all of the legends of the Mexican film industry.

The art deco building was the work of architect, Pedro Gorozpe Echeverría. But the building may be even more famous for the interior. Completed by the famous scenographer, Aurelio G. D. Mendoza, he directed a team of more than 400 carpenters, plasterers, molders and casters, over a period of five months in 1942. Much of his inspiration came from a “monumental book” by Charles Le Brun on the Chapel of the Palace of Versailles.

The building barely survived the 1980s and was ultimately abandoned in the 199os. In 1996, it was thankfully rescued by the OCESA production company. OCESA continues to manage the property today. They also manage events at the Palacio de los Deportes, the Foro Sol, the Hermanos Rodriíguez Racetrack, among others thoroughout Mexico.

Just across the street from the Museum of Popular Arts, and around the corner from Metro Juárez, the Teatro Metropólitan is an essential landmark in San Juan Moyotlan. It’s also, perhaps obviously, a terrific night out.

One of Mexico City's best loved old ruins of a church, this one's still got a story.

One of Mexico City's almost forgotten corners, but for a beautiful gift from the Chinese Government.

One of Pedro de Arrieta's most lasting contributions to the look and feel of the City.