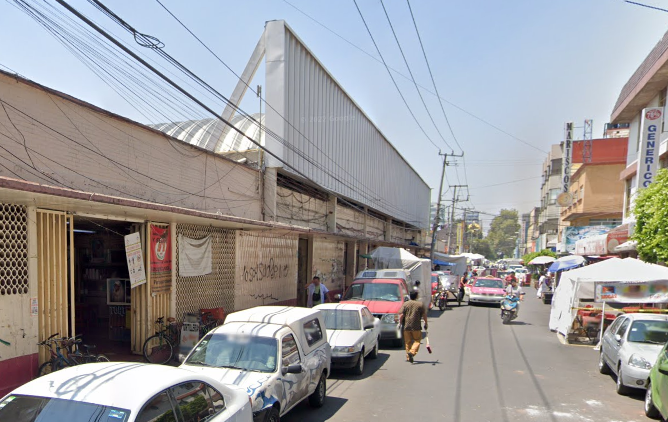 The Mercado Prohogar is easily the biggest public market in Azcapotzalco. Tucked away in the east of the neighborhood, it can seem a bit surprisingly isolated, at least from the main Metro lines. In fact, it’s just south of Coltongo, and west of Magdalena de las Salinas. All three share some of that history as salt-producing mudflats on the north of the ancient lake. That made for prime, wide-open factory space in the early 20th century.

While there is still some manufacturing in the area, the neighborhood is today largely centered around the market. The surrounding streets make up a commercial center that still gets crowded. A few early functionalist houses can still to be found, but by and large, it’s a residential area and has been for decades. The market serves all of these resident and many restaurants owners in Azcapotzalco and neighboring Gustavo A. Madero.

A 2017 UAM study counted some 637 merchants within the Mercado Prohogar proper. That’s massive even by Mexico City standards. International visitors are guaranteed authentic Mexican food prepared by the descendants of those factory workers from long ago. Food is impossibly fresh. Menus are updated daily. And frankly, merchants will be more than glad to see you.

The market is roughly a 20-minute walk from the La Raza Hospital.

A neighborhood market in historic and quirky Clavería.

One of the great lunch markets in Azcapotzalco...

A neighborhood market in historic and quirky Clavería.

One of the great lunch markets in Azcapotzalco...