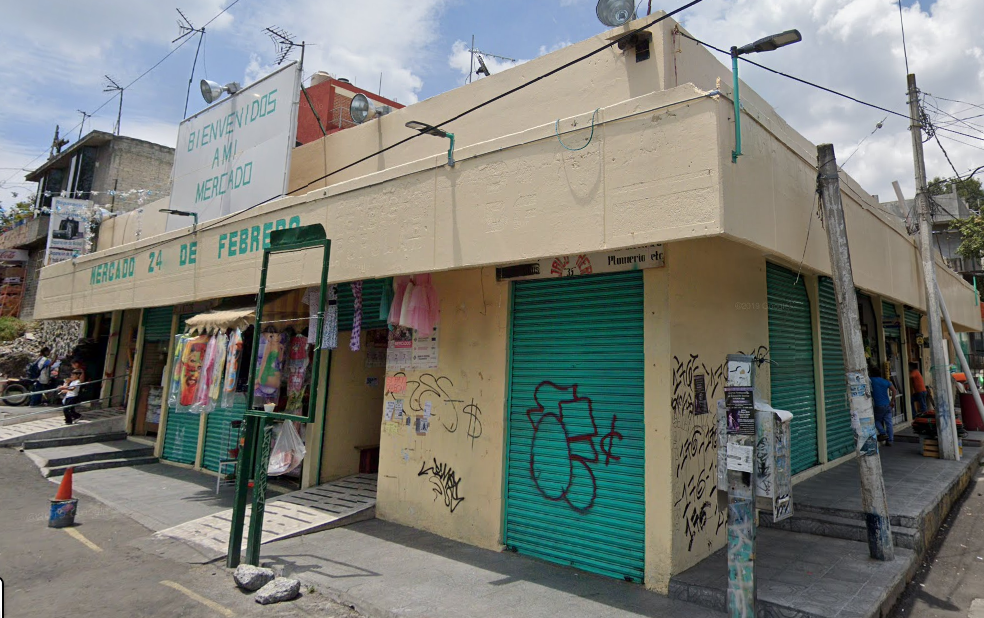 The Mi Mercado 24 de febrero is a ruddy neighborhood market in Lomas de Padierna, Tlalpan. It’s mostly of interest to hungry bicyclists passing by on the Cuernavaca Railroad Bikeway. That’s literally right out front. One gets a definite sense of the railway in this area with many stretches converted to public neighborhood parks.

Because it’s a Mexico City Market, you can count on the freshest food, too. Not just produce either. There are nearly always a couple of purveyors of really good lunches and breakfasts inside.

Mi Mercado 24 de febrero is a great last chance to stock on some supplies or to eat before leaving the City on the bikeway. If you haven’t eaten in a public market in Mexico City yet, we put together some pointers. Comida corrida, the menu del día, and other mysteries are tackled.  And you’re eating better, for less, while supporting small, independent businesses and farmers.