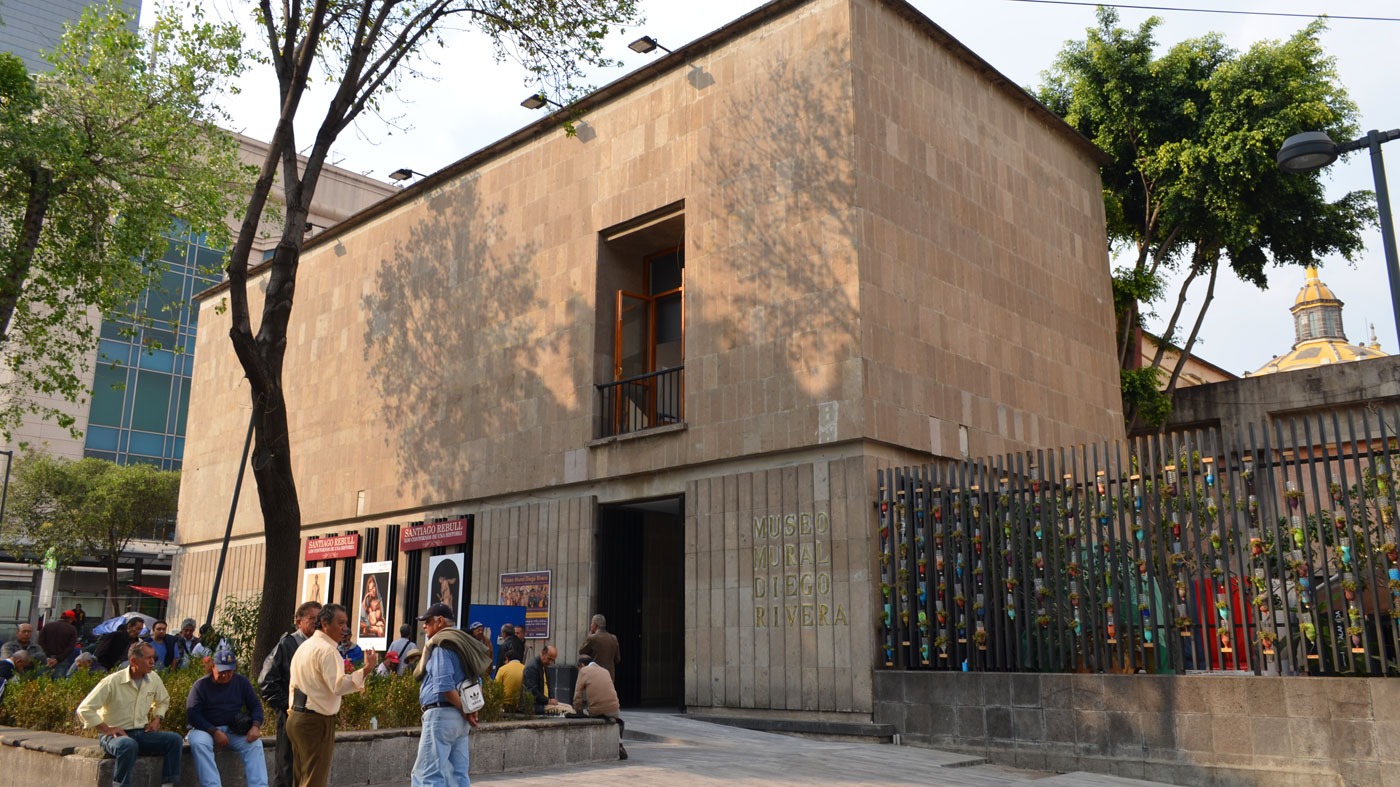 Housing only one painting, the Diego Rivera Mural Museum is frequently overlooked among the vast number of world-class museums in Mexico City. This is home to the mural Sueño de una tarde dominical en la Alameda Central. Rivera painted it for the Hotel del Prado Misión in 1947. In painting, most of the most important figures in the history of Mexico share a space that compacts 400 years of history at a time.

The museum exhibits some other works, usually from the 20th century and has shown photography, painting, graphics and sculpture. The museum also participates in research, exhibit development, and offers guided tours, readings, workshops, and recreational spaces.

The architect Carlos Obregón Santacilia asked Diego Rivera to make a mural for the Versalles dining room of the Hotel del Prado. The subject was the Alameda Central, right across the street from the hotel. The 4.70 x 15.6 m fresco was completed in 1947. It depicts more than 150 figures, including many of the most prominent figures in Mexican history. Among them are Hernán Cortés, Benito Juárez, Maximiliano de Habsburgo, Francisco I. Madero and Porfirio Díaz. There are also people from multiple levels of society including street vendors and revolutionaries. Frida Kahlo makes an appereance like some of Diego Rivera’s other wives and daughters. The Alameda Central provides the entire epic mural.

It is one of the most accessible Diego Rivera murals in the city, and a visit can be combined with a lot of cultural and city attractions in the immediate surroundings of the museum.