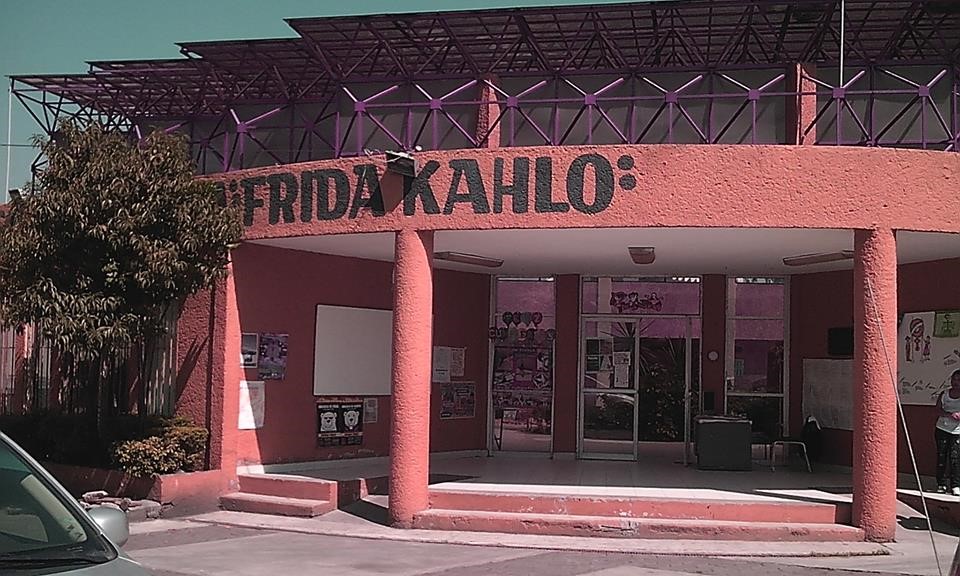 The Casa de Cultura Frida Kahlo is an important cultural and arts center in the Ojo del Agua neighborhood of Tláhuac. The center hosts classes and performances, but it’s especially important an exhibition center. In general, the center has focused on local and regionally based artists.

The building design is by architect Abel Heredia Duran. A native of the area, Heredia is often referred to as the Creator the Bosque de Tláhuac. He was instrumental in the forest park’s construction and the development of the lake there.

The Casa de Cultura Frida Kahlo opened in October, 1994. It was originally intended to meet the need for a local exhibition space and art gallery. Since then, the center has grown to host the Tehocuican children’s orchestra, as well as plays, summer courses, and cultural meetings. Lectures, film screenings, and book related events also round out the slate. It’s the frequent host of community classes and workshops.

The center is just a few minutes walk from the Mazatepec Church in Tlaltenco. Tlaltenco is one of the original settlements of Tláhuac. The Tlaltenco sports fields are just across the street. The Metro Tláhuac station is about 8 minutes away, walking. Metro Tlaltenco, on the other hand, is about a 20-minute walk.