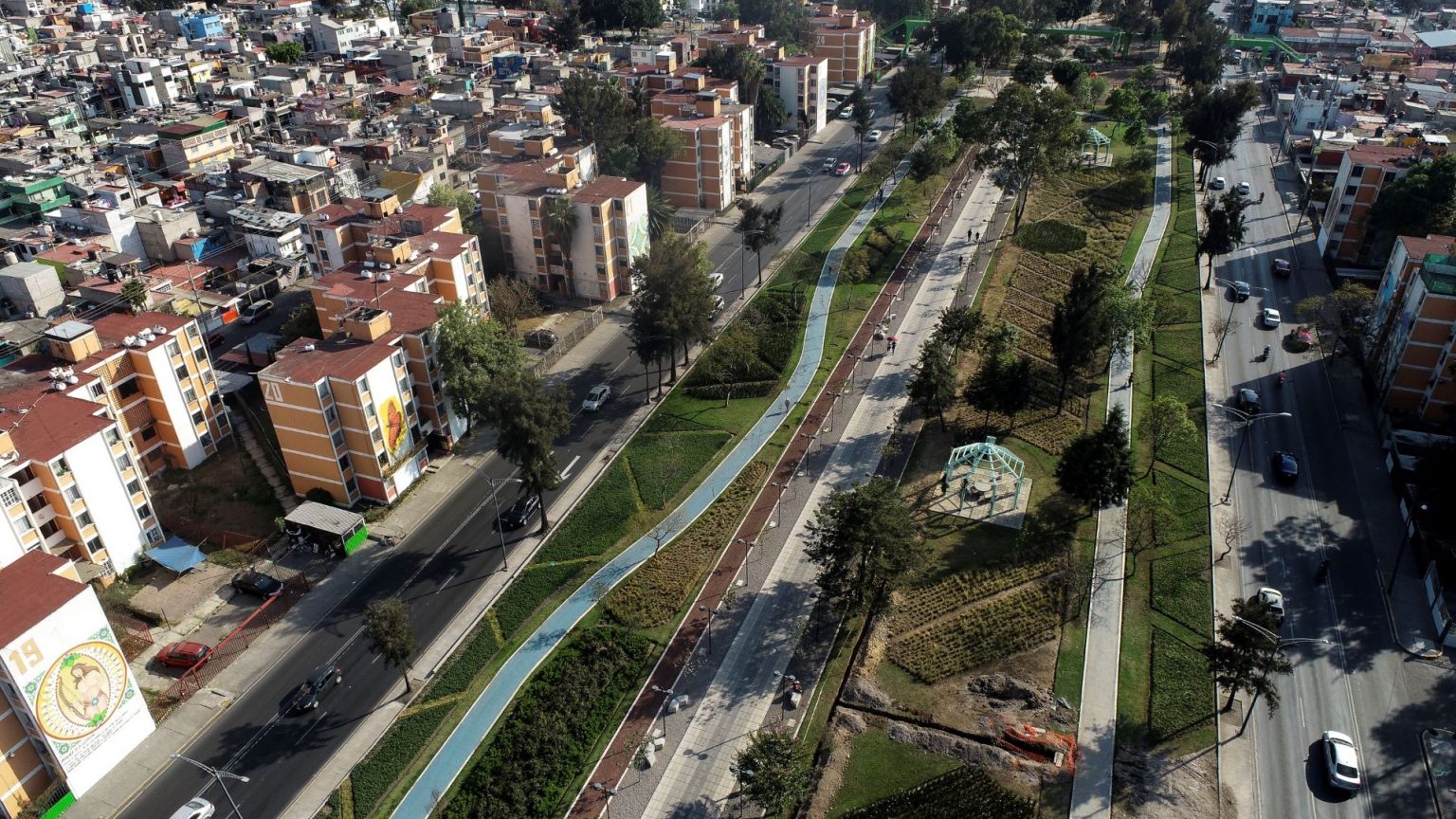 The Parque Lineal Vicente Guerrero is a giant park on a former dusty highway median. The park has been sometimes called Parque Lineal Periférico Oriente, for that highway. Residents though, settled on the name of the Independence movement hero. In this case, the name was adopted from that of the Vicente Guerrero Housing Complex, which is no fewer than six neighborhoods on either side of the park. At the south, the park also bisects the two colonias of Constitución de 1917.

That should indicate (to those really delving into a Mexico City trip) the park’s nearness to the Metro and Line 2 of the Cablebús. All of which is to say the giant park is actually pretty easy to arrive to. Exit the Metro from the north side of the station. The southernmost part of the park is about a five minute walk away.

The park covers some six hectares. Nearly all of them oriented along the north-south axis. The park includes an extensive bikeway, improving mobility throughout the area. There are also:

The park runs all the way north to the Avenida Luis Méndez. That’s where most of the tianguis for which the Vicente Guerrero neighborhood is rightly famous still takes place. The length of the Parque Lineal Vicente Guerrero is some two kilometers. Along the way, you’re pretty much guaranteed to be enchanted. Crossing the Guerrero neighborhood to the east, on the Avenida Antonio Díaz Soto y Gama, one reaches the west side of the Santa Cruz Meyehualco park in less than 15 minutes. (It’s about 950 meters.) The new Cuitlahuac Park is directly to the north of the Meyehualco recreation area.

The park is increasingly important as an educational space, and for astronomical observations.

The real brain center of the Sierra de Santa Catarina...