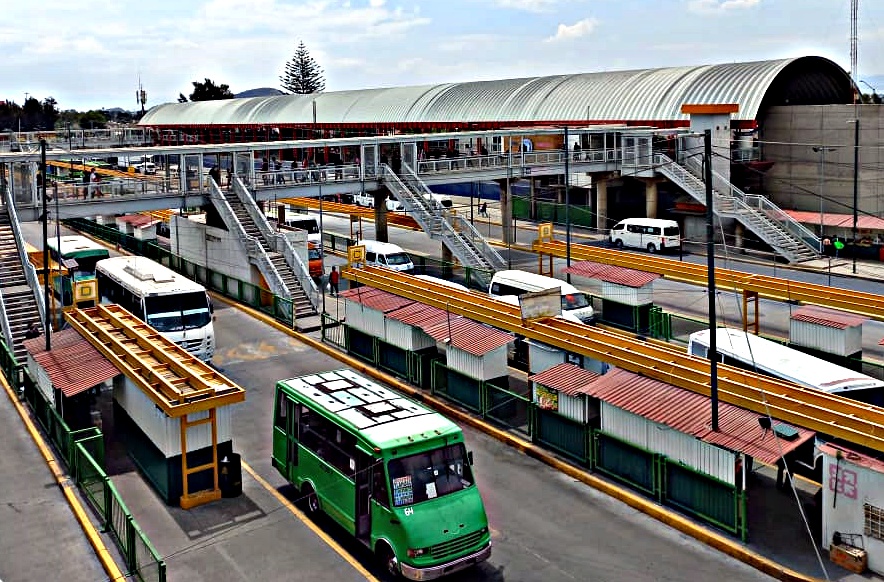 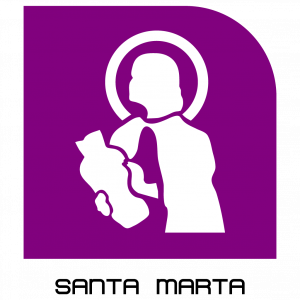 Metro Santa Marta is a prominent station on Metro Line A on the very eastern edge of Mexico City. It’s stature stems not just from the giant bus loading area, but from the transfers one can make here to Cablebús Line 2. It’s a terrific trip for out-of-town visitors. Views of nearly the entirety of the Sierra de Santa Catarina volcano chain can be had like nowhere else. Bus from here leave mostly for points east in Mexico State, among them, points in Nezahualcóyotl, Ixtapaluca, Chalco, Texcoco, Chimalhuacán, and as far as Texcoco.

The station is named for Santa Martha, the patron saint of the ancient town of Acatitla. The patron saint of cooks, Saint Martha is depicted in the station logo with a water pitcher. The original settlement, one of 15 in Iztapalapa, is just west of the station across the Calzada Ermita Zaragoza highway. The town is just north of the lesser-known, Santiago Acahualtepec, also an ancient city. The two are frequently visited together.

With the opening of the cable car, many visitors today will dash directly to San Miguel Teotongo. It offers views of both of these small towns and especially points to the east.

Metro Santa Marta is not a busy station, but rush hours will be more hectic. You’ll want to avoid peak hours. Remember, transferring to the cable car line requires a fare in addition to that charged for use of the Metro. You can swipe the same card.

The neighborhood on the slopes of the famous Cerro de la Tortuga...

Santa Martha's start to a journey across southeastern Iztapalapa...