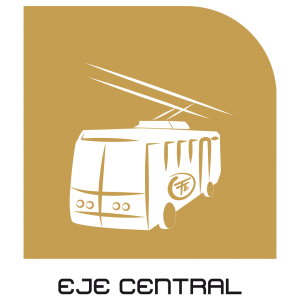 Metro Eje Central opened in 2012 with the opening of Line 12 of the Metro. Perhaps ironically, it was itself the 12th Metro station to open on the central axis street called Eje Central Lázaro Cárdenas. From north to south, other Metro stations on the street are:

The Eje Central Lázaro Cárdenas is a major north-south street in Mexico City. Most Mexico City residents will call it simply Eje Central. The single street replaced six others, the best known of which were the avenues of San Juan de Letrán and Niño Perdido in the city center. To the south were the Avenida Panamá, and Ajusco Street. (In fact, a short stretch of Ajusco Street remains at the very south.) To the north of the city center were Juan Ruiz de Alarcón, then Aquiles Serdán, then Gabriel Leyva Street and a section of the old avenida Santa María la Redonda.

The name was changed during a major reorganization of city streets which began in 1952 and was not really completed until the mid-1970s. None of this is terrifically important if you’re not driving a lot in the City.

The Metro Eje Central station logo depicts a trolleybus. Today, the “zero-emissions corridor” refers to the fact that, since 1954, Eje Central has been served by one of the City’s longest electric trolleybus lines.

The station is at the very bottom of the Alcaldía Benito Juárez. That’s to say, it’s a good alternative route to the many sites along the Rio Churubusco which is three blocks south of the station. Among sites in the area, the Museum of the Interventions, and the National Center for the Arts. It’s roughly a 20-minute walk west to the Cineteca Nacional, for which the station is also a good alternative, in this case to Metro Coyoacán on Line 3.