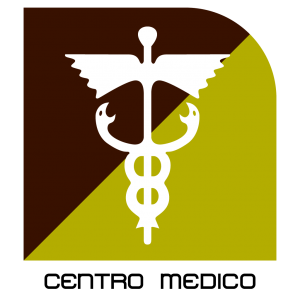 Metro Centro Medico is a major connection between Metro Lines 3 (green) and 9 (brown). It’s on the border between the Roma Sur and Buenos Aires neighborhoods, at the intersection of Baja California and Cuauhtémoc avenues.

The station is named for the hugely imortant hospital complex called Centro Médico Nacional Siglo XXI. Just above the station, the medical center focuses on Pediatrics, Cardiology and Oncology. It’s one of the most advanced and prestigious medical centers in Mexico.

Within the station is the dramatic “Medicina Tradicional y Medicina Contemporánea.” The work was created by muralist Arturo Estrada, one of Frida Kahlo’s most well-known former students.

The “caduceus” of the station logo is the commonly confused symbol of Hermes and Mercury. This is often mistaken in the Americas with the Rod of Asclepius, the symbol of healthcare in the Western world. That symbol has only one snake and no wings. Nevertheless, it’s a very apt symbol for the Metro Centro Medico station which contributes greatly to the communications system of the city.

Above ground are a Metro Bus Station of the same name (Line 3 on Avenida Cuauhtémoc). The “Panteón Francés” the French Cemetary. This was opened by the Escandon family in 1859. Design was based on the Père Lachaise cemetary in Paris, and on St. James’s Park, in London. Just to the south is the Parque Delta shopping center.

Metro Indios Verdes is the busiest in the system, and often used to refer to communities far to the north.

The transfer station with a half dozen names, Metro Deportivo de Marzo is an important stop in Gustavo A. Madero.

The old Peralvillo racetrack is remembered in the treelined views off a Metro platform on Line 3.

Metro La Raza has been defined, like its entire neighborhood, by a curious monument just to the south.

Metro Hidalgo has long been a transfer station between the 2 and 3 Lines of the Metro, and it's a great destination