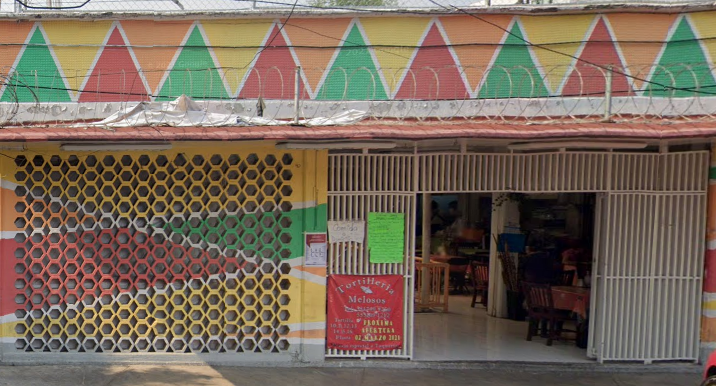 The Mercado Santa Anita is in the Nueva Santa Anita neighborhood of Iztacalco. The original Santa Anita is just to the east, in the older part of the Iztacalco Center. Here, one can be forgiven for thinking that the neighborhood is a lot closer to the Benito Juárez of the center city. The Parque Moderno is, in fact, less than a 15-minute walk away.

The Viaducto highway, (just to the north) is one good way of understanding the changes that have come to the neighborhood over its many years. And the two neighborhoods put Itzacalco just barely in touch with the Calzada de Tlalpan corridor to the west.

Like any good “modern” neighborhood, Santa Anita and Viaducto Piedad (just to the north) needed a space for the smaller dealers in produce, meats, dry goods, and sundries. That led, naturally, as it has in many other places, to those willing to prepare and cook all that food. By the Alcaldia’s count, there are some 117 vendors. The combination works. Among all those vendors, quite a few are also dealing in prepared food.

If you’re stranded or lost in the area, you couldn’t do much better. The market is serving lunch every day and it serves as something of a neighborhood center of commerce.

One of the old neighborhoods of Central Mexico City...

The Revolution in Mexico City

One of the original old settlements on the Lake in Mexico City...

One of Del Valle's best kept secrets is a discreet public park and plaza.

A colonial era church hides one of the original settlements...