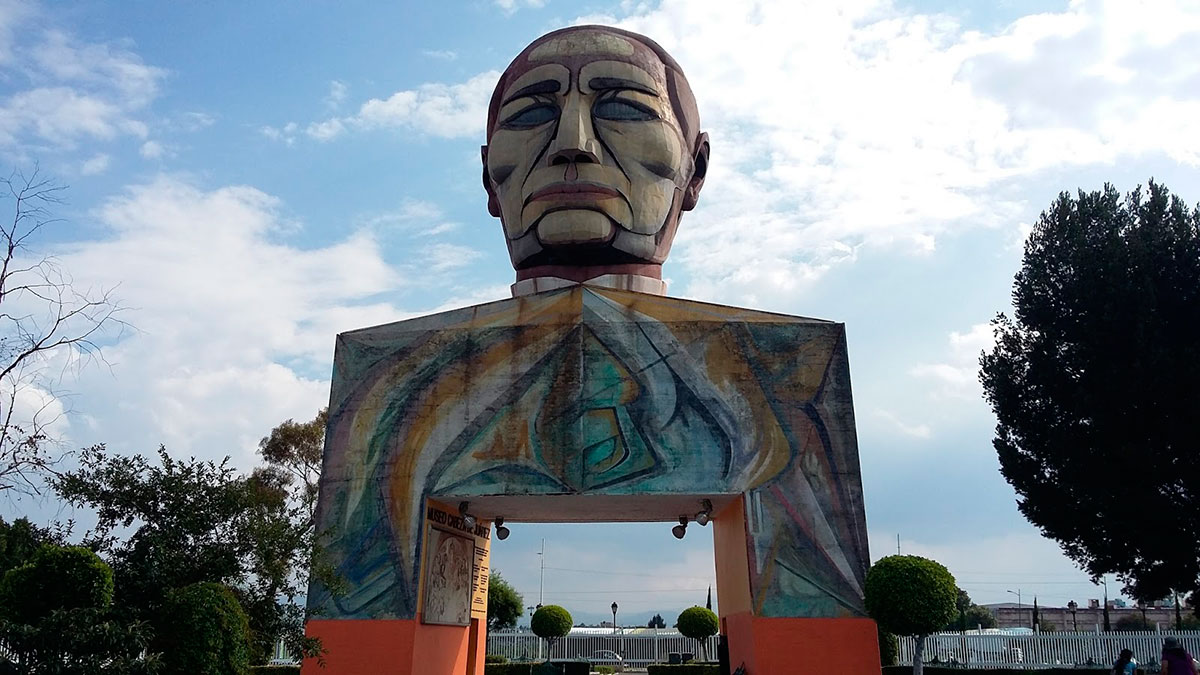 A bomb in what is now the Old Basílica de Guadalupe destroys 95% of the church but somehow leaves the image of the Virgin of Guadalupe intact. Parishioners call it a miracle.

1922
A drought depletes almost all water in Mexico City for three weeks.

1924
Construction is completed on famous bullfighter Rodolfo Gaona’s building. Architect Ángel Torres Torija designed the “Edificio Gaona” at 80 Bucarelli where the building stands to this day.

1926
The widow of  Andrew Carnegie donates a plaster replica of the Diplodocus Carnegie, to the El Chopo Museum. The Jurassic dinosaur was to define the museum’s identity for decades thereafter. Today its part of the collection of the Museum of Natural History and Environmental Culture.

1929
After several rounds of intense negotiations, the National University of Mexico bargains its way to full independence from the Mexican Federal Government, its close neighbor in the City Center. The word “Autonomous” has been part of the University name ever since.

1944
The federal government formally established the industrial zone in Colonia Vallejo, today between the Azcapotzalco and Gustavo A. Madero alcaldías.

1950
The first commercial TV station, XHTV began broadcasting on channel 4 on August 31. The station later became one of the founding partners that became Televisa in 1972.

1957
On July 28, a serious earthquake causes up to 160 deaths and topples the iconic Ángel de la Independencia. The statue broke into several pieces and took a year to restore. On September 23, President Adolfo Ruiz Cortines and city boss, Ernesto P. Uruchurtu officially open the Mercado de Sonora, just southeast of the city center. It was part of an ongoing effort to get more informal vendors off the streets and into more public marketplaces. It set off a boom in the building of Public Markets that would last nearly ten years.

1958
The Casa Azul, the former home of Frida Kahlo, is converted into a museum honoring the painter’s life and work.

1967
Construction work on Line 1 of the Metro leads to the discovery of an altar dedicated to Ehécatl, usually interpreted as an aspect of Quetzalcoatl, and a god of wind. The altar today forms the centerpiece of the Pino Suárez Metro station.

On September 23, UNAM Rector, Javier Barros Sierra resigns his post as the Mexican army and police increasingly violate the “autonomy” of the National Autonomous University.

On October 2, the Mexican army opened fire on student protesters and killed a number which was never determined. Most likely several hundred died as a result of the attack in the Plaza de las Tres Culturas. The event is remembered as the Tlatelolco Massacre.

October 12 to 27, the 1968 Summer Olympics are held at sites across Mexico City. The games had a lasting impact in the design, architecture, and life of the city, even in the shadow of preceding events.

1969
Line one of the Metro rapid transportation system begins service.

Venustiano Carranza, to the east of the City Center, is separated from the Cuauhtémoc delegation.

Mexico City hosts the World Cup from 31 May to 21 June.

In September, Metro service begins to Metro Tacuba. Some will call it a final blow, drawing a curtain of historical oblivion around the ancient and proud city-state once centered here.

1974
In January, the Cineteca Nacional, a national institution dedicated to the preservation, cataloging, and diffusion of Mexican movies, opens with a screening of Fernando de Fuentes’ 1933 film, El compadre Mendoza.

The Universidad Autónoma Metropolitana (La UAM) is established in Xochimilco, also in January.

1975
The People’s Republic of China donates two giant pandas to the Chapultepec Zoo. The Zoo’s success in breeding pandas in captivity has been widely noted around the world.

1976
The new building for the Basilica of Guadalupe, by architect Pedro Ramírez Vázquez, officially opens. It replaced the much older Templo Expiatorio a Cristo Rey built between 1695 and 1709.

The Cabeza de Juárez is constructed in Colonia Agua Prieta in the eastern side of the city. The work had to be completed by the brother of artist David Alfaro Siqueiros, as the artist died before it could be completed.

1978
On 21 February electrical company workers began digging at the “island of the dogs,” so named because it was slightly elevated and inhabited by street dogs during the then-not-infrequent flooding of the neighborhood. The workers hit a pre-Hispanic monolith which turned out to be a huge stone disk with a relief later determined to depict Coyolxauhqui, Huitzilopochtli’s sister, and dated to the end of the 15th century. Thus began renewed interest in the Templo Mayor site.

1985
On September 19, a powerful earthquake rocks the city center devastating many neighborhoods. Up to 100,000 people are believed to have been killed.

1986
After Colombia resigns a previous commitment to host, Mexico City once again hosts the World Cup from 31 May to 29 June.

1987
The Historic Center and Xochimilco are declared World Heritage Sites by UNESCO.

1999
Metro Line B begins service on the first leg of the line.