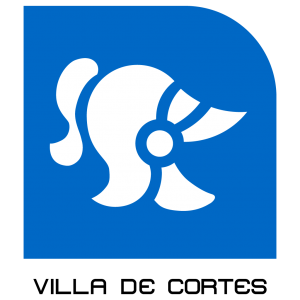 Moctezuma is said have assembled all of the nobles of the empire and to have received the Spanish in this area of the Calzada de Tlalpan. The Calzada, the causeway, was an ancient road that left Iztapalapa in the southeast of the Valley of Mexico. There are a number of arguments to support the meeting having taken place anywhere between here and the Hospital de Jesus in the Centro Histórico. The hospital is widely considered the northern terminus of the causeway.

The station logo thus represents the battle helmet in use by the Spanish at this time. There is no evidence that Cortés had a villa in the area.

To the west of the Metro Villa de Cortés, and thus of the causeway, is the colonia Josefa Ortiz de Dominguez. This neighborhood is named for one of the most famous of women insurgents, those who supported Mexican Independence during the war.

The Metro station is almost unique in having a park, the Parque Victoria, almost directly outside of the station. On it’s eastern side, the small but well-tended park provides a buffer from the nearly always busy Calzada de Tlalpan traffic.