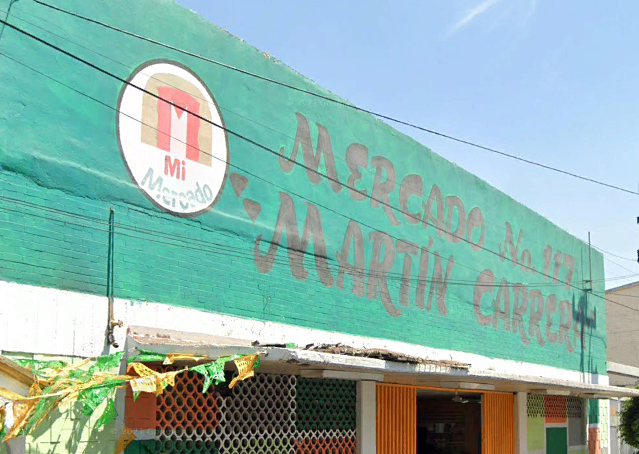 The Mercado Martín Carrera is probably not the most visited of Mexico City public markets. This is a pity as it’s a wonderful place for lunch. It’s also smack in the middle of its own lively, engaged, historical neighborhood. Veritably in the shadow of the Cerro de Guerrero, it’s another of the City’s family-centered residential areas. With just enough grit and quirks to keep it interesting, the market is the center of it all.

For those en route to the Basilica, this market is a little further away. The Villa is practically on top of the Mercado Villa Zona 34. But the market in Martín Carrera gives you a lot more local flavor. With dozens of vendors, there are also more than one top-notch fondas and comida corrida restaurants.

There’s no more affordable and healthy way to eat than by supporting more local merchants. And every Mexico City public market is a microcosm of its neighborhood.

As mentioned in the Metro station description, Martín Carrera is named for a 19th century war hero. Carrera served as president briefly, but he’s best remembered for having defended the City and country during the 1847-48 US invasion. Just a few blocks north of the Metro, the Mercado Martín Carrera is as terrific a place for lunch as you’ll find.

A massive market in Gustavo A. Madero...

A classic small town market in Gustavo A. Madero

A classic neighborhood market in the shadow of Chiquihuite...