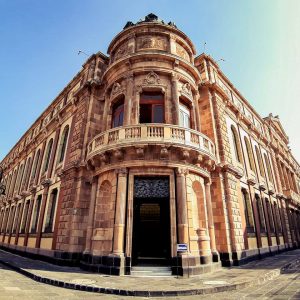 Although this street is small, walking along it you can travel through history. It is formed by the Palace of Autonomy, which is more than 500 years old and built on the remains of the pre-Hispanic culture, was witness to the student movement of 1929 in which university autonomy was obtained.

There is also Ex Teresa Arte Actual, a project initiated by INBA in 1993 to promote avant-garde artistic expressions. Originally this building was the Convent of San José and the Temple of Santa Teresa la Antigua, whose construction dates from the 17th century.