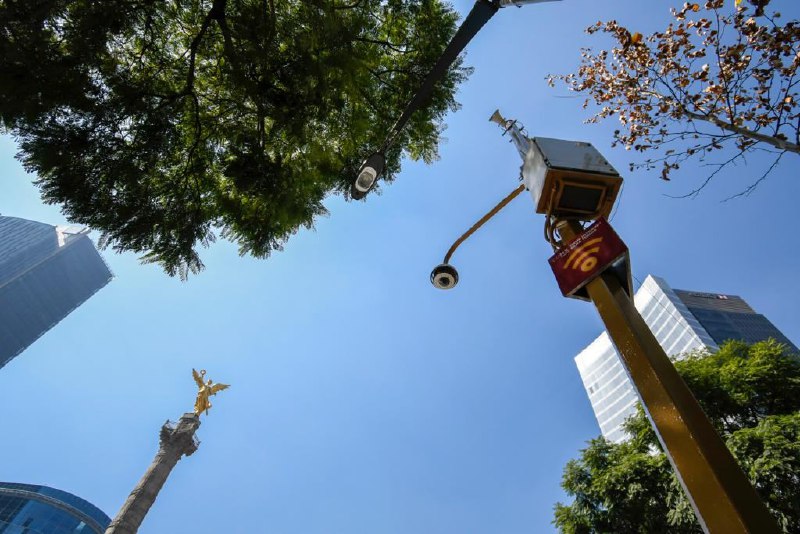 Mexico City Free Wifi Hotspots got a big boost in recognition. In November 2021, the Guinness Book of World Records officially recognized the Mexican Capital as having more free Wifi spots than anywhere else on the planet!

In fact, the record breaking 21,500th hotspot (shown above) is just opposite Mexico City’s Angel of Independence.

For travelers, that means no roaming charges. You’re almost always within easy reach of one of Mexico City’s free hotspots. The record-breaking 21,500 Wifi points came about with the addition of just a few more. The system actually began by using excess bandwidth on the City’s camera network.

Most of the first 18,000 hotspots were opened at no charge to the City. In fact, the network grew by 5000% in three years while saving mx$864 million on broadband contracts. City residents, and visitors, can use the service with no limits on time or content. There’s no icky data collection either.

Coverage is provided in 1,600 Mexico City neighborhoods. That means more school kids get to their virtual classes, and more lost travelers can log on. The entire network is mapped in TheCity.mx app (Google Play, iOS). You can always find the nearest hotspot.

Free Wifi is just one advantage to visiting Mexico City. You also get access to the Cultural Capital of the Americas. Some neighborhoods have more culture than you can experience in a week.

But there’s also food like no where else. A 500 year legacy of resistance means Mexico City is not going back to more of the same. And you won’t either. With the World Record for Most Free Wifi Hotspots anywhere on Earth, it’s more than just a virtual vacation.